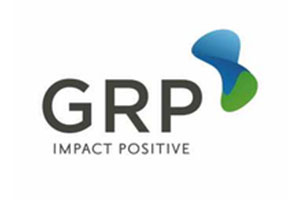 GRP Ltd orchestrates diverse manufacturing operations across the country and abroad with the ease and simplicity of Google Workspace (Formerly G Suite) for Business which Shivaami, premier resellers of Google Workspace, helped it implement.

GRP Ltd, previously Gujarat Reclaim & Rubber Products Ltd. (GRRPL), has over 37 years’ experience in the reclaimed rubber industry. GRP was the first company in India to design, fabricate and install an entire plant with completely indigenous components, for the manufacture of reclaimed rubber. The company produces reclaimed rubber from whole tyres scrap, tread peelings, natural rubber tubes, butyl tubes and moulded rubber products for both tyre and non-tyre rubber products. Today, the company has five state-of-the-art plants strategically located across India and a presence in 53 countries across Asia, Africa, Europe, North and South America and Australia. GRP has been conferred ‘Export House’ status by the Government of India and has received several awards for its export performance. GRP is committed to building a diversified global corporation and providing sustainable solutions for a green planet, while steadfastly creating value for its stakeholders.

As a multi-location company, GRP needed all its plants to be constantly connected to the head office. However, only top management had laptops; everyone else sent and received e-mails from a Mail Distribution Server (MDS) that was only accessible from the office. Each plant had its own internet service provider for internal use. Attachments were restricted to 2 MB for everyone except top management.

The lack of centralized data and proper documentation and the difficulty of keeping track of activities in the various regions slowed things down. People had to rely increasingly on discussions over the phone. Managers had to make personal visits to manufacturing units which was time-consuming. There was a marked decrease in productivity in addition to an escalation of costs. Decision-making was affected.

The company’s business required the backbone of a central system. The scattered infrastructure for messaging, collaborating and conferring with each other, not to mention time-consuming business processes greatly hampered efficiency and productivity.

In short, the company’s IT infrastructure was behind the times and needed complete overhauling.

GRP saw the benefits of technology for its business and began using SAP in 2005 when it was considered quite nascent in India. An evaluation of the problems faced led to an urgent need for a technology edge. With the help of Shivaami, premier resellers of Google Workspace, the company deployed Google Workspace for Business across all units. Everyone was familiar with the Gmail interface so the Apps were easy to set up. Being cloud-based, they required minimal manual intervention once they were set up. Information could now be shared across all locations. Google Hangouts made web conferencing easy. There was high availability of emails across all devices to ensure speedy decision-making. And the saving on hardware infrastructure maintenance was significant.

In order to overcome initial problems with the switch-over to Google Workspace for Business, users were provided comprehensive training. Relevant software to accommodate the new systems was installed. The Google team was available 24x7 to provide solutions to problems as they arose, so the entire GRP team became Google-ready in record time.

To get help and learn more about our products, refer below provided links