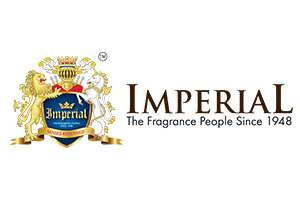 Imperial Fragrances is a third-generation company in India that has grown from humble beginnings in 1948 to a multi-million dollar company today. Under the dynamic leadership of Subhash K Naik supported by his sons Minal and Amish, the company has emerged as a leading supplier of fragrances to manufacturers of cosmetics, toiletries, household products, personal care products and tobacco products. It has a state-of-the-art manufacturing facility in Kolkata. With a passion for fragrances that is in their very DNA, the Naik family create distinct perfumes that are an unparalleled fusion of east and west. Technology meets originality and creativity as Imperial Fragrances lend their unique signature perfumes to products that are part of our everyday lives. Perfumes, soaps, aftershaves, shampoos, detergents, fabric softeners ...Imperial Fragrances are part of all these products. These fragrances are literally the essence of modern living. The Naik family is always innovating and working with its team of experts to fashion new fragrances ...always on the scent of something new to tantalise the senses. Research and innovation enables Imperial Fragrances to create the right fragrance for any use and application.

The range of products that are imbued with these fragrances include perfumed candles that set the mood and create an atmosphere of enchantment, personal care and home care products that are fresh and rejuvenating and tobacco products which have a rich and exotic fragrance.

The company aspires to work with the world’s finest perfumiers and fashion designers to create its own perfume signatures.

With its manufacturing facilities located in Kolkata in eastern India, Imperial Fragrances needs to coordinate activities across the entire gamut of operations as well as meet the needs of product manufacturers and intermediaries as well as distributors spread across the country. It also needs to communicate with its employees in different disciplines and its vendors, keeping them abreast of the latest developments in manufacturing and research. Imperial Fragrances needs to continuously re-inforce the emotional and functional attributes of its fragrances for a vast and varied canvas of end-users.

On-line communication with this diverse group was a challenge. The company’s administrator often encountered difficulties in monitoring emails, thus losing valuable time. Interaction between people was hampered. A major hurdle was setting up email access hours for users so actions could be authorised. Restriction of email access to the organisation’s premises or IP address was a challenge. Setting up emails on multiple devices became a complex and challenging operation.

In a business that required constant interaction and updates, online communication became a problem. The company’s found its competitive edge was being compromised. It wanted to promote teamwork between various levels of the organization and ensure consistent standards of quality and delivery. It also wanted to find a cost-effective solution to its IT requirements.

After evaluating various options, Imperial Fragrances found the best solution in Shivaami, who enabled it to standardize on Google Workspace for Business because of its uniformity, ease of use and streamlined operation for different end-users.

It opted for gControl which allowed access from restricted IP as per working hours, making coordination more streamlined. The compliance settings made it easier for the administrator to monitor mails.

Google Workspace facilitated access of emails on multiple devices and minimized cost of other infrastructure.

There was a marked difference in the company’s mode of operation. The administrator had control over the entire domain. The ease of accessing emails in the office environment made for greater efficiency. IT operations were streamlined. There was greater synergy among employees and users. Shivaami enabled the company transform its way of doing business. Imperial Fragrances found it could focus more on innovation and staying ahead of the competition.

“Shivaami enabled us to switch to Google Workspace for Business. We found we were able to coordinate a geographically dispersed canvas of users easily and more efficiently. We were able to add more value to the business through IT, promote teamwork and understanding across the board. We were able to communicate more easily and exchange ideas – which is central to our business,” says the IT head at Imperial Fragrances.

To get help and learn more about our products, refer below provided links